(1)
$19.99 (as of May 27, 2022 22:52 GMT +10:00 - More infoProduct prices and availability are accurate as of the date/time indicated and are subject to change. Any price and availability information displayed on [relevant Amazon Site(s), as applicable] at the time of purchase will apply to the purchase of this product.)

(2015)
$9.99 (as of May 27, 2022 22:45 GMT +10:00 - More infoProduct prices and availability are accurate as of the date/time indicated and are subject to change. Any price and availability information displayed on [relevant Amazon Site(s), as applicable] at the time of purchase will apply to the purchase of this product.) 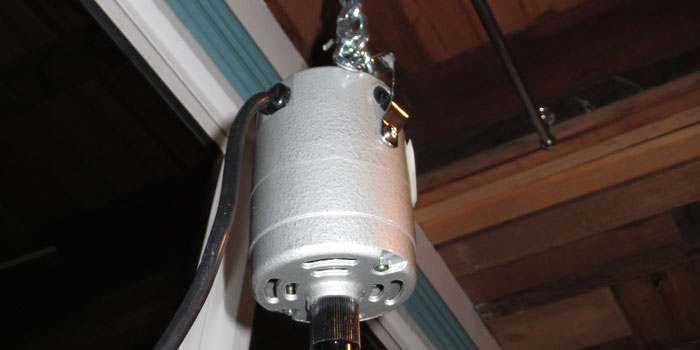 While our Ozito Rotary Tool, which is basically a cheaper Dremel Tool, sort of did the job we purchased it for, we recently found a few limitations. The biggest of which is the limitation of the collet system. When I went to use a small diamond drill for drilling holes in fused glass cabochons I found there was simply no way the Ozito could handle the small diameter drill.

Looking through the accessories for an old Dremel that gave up the ghost I found a chuck, but it simply wouldn’t fit the Ozito. The shaft was slightly different. Extensive research proved that nobody supplied a chuck for the Ozito and we couldn’t find one online.

So we had no option but to purchase a new flex shaft unit. I won’t go into our decision process here, but we did eventually make a decision, choosing to go for one with a foot pedal. After handing over my hard earned cash it arrived a few days later..

On delivery it was obvious that the small stand we had for the Ozito was not going to be suitable. The motor was simply much larger, and longer, and we would have to raise the unit much higher so we didn’t bend the flex shaft too much during use.

This presented a problem. We either had to purchase a suitable stand or I had to build one. Then I looked up.

Our studio is under the house and the ceiling is not lined. This means the bearers and floor joists are exposed. So I considered hanging the unit from the joists somehow.

I considered a few options, including hanging it from a hook, but a few requirements came to mind. It would be good if the height was adjustable, and also if Ann could mover it from one position over her bench to another.

To make the height adjustable I decided on using some chain. I still had some left over from when I rigged up a similar system to hold the kiln door open. The idea is to simply make up an ‘S’ hook from stiff wire for holding the unit, and then hooking it into a link on the chain. You simply move the hook up or down the hanging chain to adjust the height.

To make it so the whole assembly could be moved along the bench I decided on rigging up a rail system that the chain would hang over, and slide along. Ann could then simply slide the unit from one position to another. For the rail I used an heavy duty towel rail we removed from our old bathroom. This was ideal because the rail was solid heavy tube and not the thinner tube you find in rails today. The end fittings were equally solid so I reasoned the rail could easily support the flex shaft unit.

In the photos you can see how I have screwed the end fittings into the joists. The span I chose was sufficient to allow movement over most of the length of the bench. I didn’t want to make it too long, mainly to be sure I didn’t test the strength of the rail in the middle.

In other photos you can see the chain looped over the rail and secured with an ‘S’ hook I made from heavy wire.

Anther ‘S’ hook holds the handle of the flex shaft unit. I have added heavy duty tape around this hook to make sure it stays in place.

Yes, it isn’t beautiful but it does work. It is easy to adjust the height and easy to slide into position.

If any problems surface with use I will post about it to keep you informed.

(319)
$8.59 (as of May 27, 2022 22:45 GMT +10:00 - More infoProduct prices and availability are accurate as of the date/time indicated and are subject to change. Any price and availability information displayed on [relevant Amazon Site(s), as applicable] at the time of purchase will apply to the purchase of this product.)