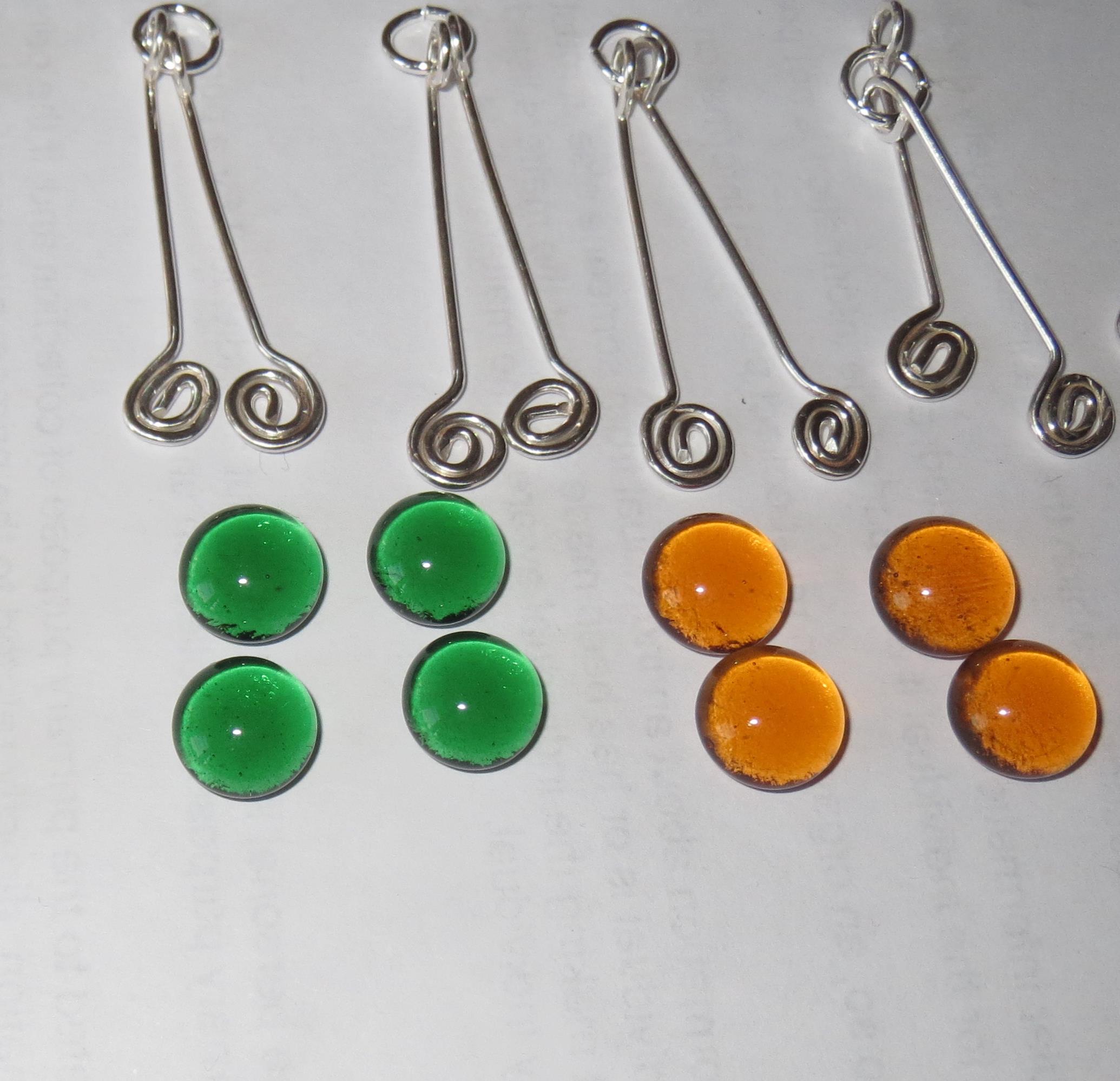 The plan was to make spiral drop earrings with both copper and sterling silver wire.

When designing the earrings I had a couple of things to consider. One was to be able to glue a glass cabochon on to wire. The other thing was to make the design in a way so that the light could shine through the cabochon to show up the colours in the glass. So my thought was to make a spiral with the wire so that the cabochon could be glued onto it and also allow light to shine through the glass cabochon.

Well I really don’t know if that was a good Idea as I had some issues .

I started by drawing my design for the earrings on paper it all looked good.

I was wondering how I was going to make my spirals so I began looking at video’s to help me.  The video I came across was called Perfecting the wire spiral.

Ok, so then I needed to decide what metal wire I would use. I thought that copper and silver would look good.

So I began making a test pair of earrings out of copper and the silver wire.

The problem I came across was using the chain nose pliers on the wire. Each time I turned the wire, making the spiral, it would mark the wire. I really can’t workout how you do it without marking it. I watched the video over and over again but the only thing I think was wrong is that my pliers have a sharp edge. This was so frustrating.

Another problem I discovered was the copper wire was softer than the silver and would go out of shape easily.

When I had finished I felt that the spiral and the loop at the top of the earring, (where the ear wires attach) needed to be soldered. This wasn’t an issue with the silver wire but with the copper it was an issue as the copper solder I had was in rod form. The rods are hard to break up, to make small enough bits to apply to the wire. It would end up too much and almost fill in the spiral. I really need to find out where I can get copper paste. I used silver paste to solder the silver earrings and had no problems.

So I decided to just make the  earrings out of silver wire.

There was still the issue with the marks left from the pliers. What I had to do there was use my flex-shaft and polish them out with my black silicon bit and then the pink silicon to bring it back to the shine I wanted. As you can see in the photo I only polished one side as I needed to rough up the other side for glueing the cabochon on.

You can find out how use the flex-shaft by watching this video. Polishing with power tools

Well I have the earrings ready to put the glass cabochons on, lets hope they turn out.